AWS Key Management Service (KMS) lets you easily manage encryption for AWS cloud products. Server-side encryption (SSE) is one approach to securing data, in which the server that hosts the data is also tasked with encrypting the data. The alternative is client-side encryption (CSE), where the user’s device encrypts the data so that the contents are not available to the server. KMS and SSE are not opposing ideas—rather, KMS offers SSE as one approach for encrypting data.

This article will discuss how encryption strategies like SSE and CSE work in the context of AWS KMS, use cases for SSE and CSE, and best practices to implement when securing data in the cloud.

The following table outlines key concepts discussed in this article:

Encryption works by concealing plaintext data by converting it into seemingly unintelligible “ciphertext” using a key generated using a complex mathematical algorithm. Each key is unique to the person or process that creates it.

In symmetric encryption, the same key both encodes and decodes data, so it is imperative that this key be kept secure. In asymmetric encryption, an algorithm generates two mathematically linked keys. Information is encrypted using the public key, which can be shared freely with others. Once encrypted with the public key, only the matching private key can decrypt that data. It is the private key, therefore, that must be kept secure. Asymmetric encryption is beneficial when sharing data between two parties since each side can share their public keys for the other to encrypt data and can keep their private keys secure to use when decrypting the data.

AWS supports using both symmetric and asymmetric encryption, though symmetric is more common within AWS because AWS services that integrate with AWS KMS only use symmetric keys. This article on rotating keys with KMS discusses this concept in more detail.

Another concept used within AWS is envelope encryption. A key used for decryption must be unencrypted, leaving it unprotected. For the key to be protected, it has to be stored very securely or perhaps encrypted with another key. At some point, there must be a securely stored unencrypted key to begin the decryption process, however, and this is where envelope encryption can be helpful. 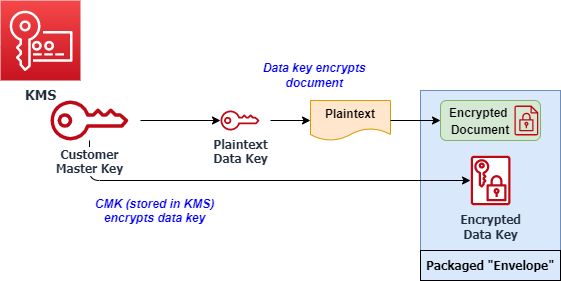 An example of envelope encryption in AWS

Note that this plaintext data key is only stored temporarily in memory. Once the decryption process completes, AWS deletes it to maintain the key’s integrity. 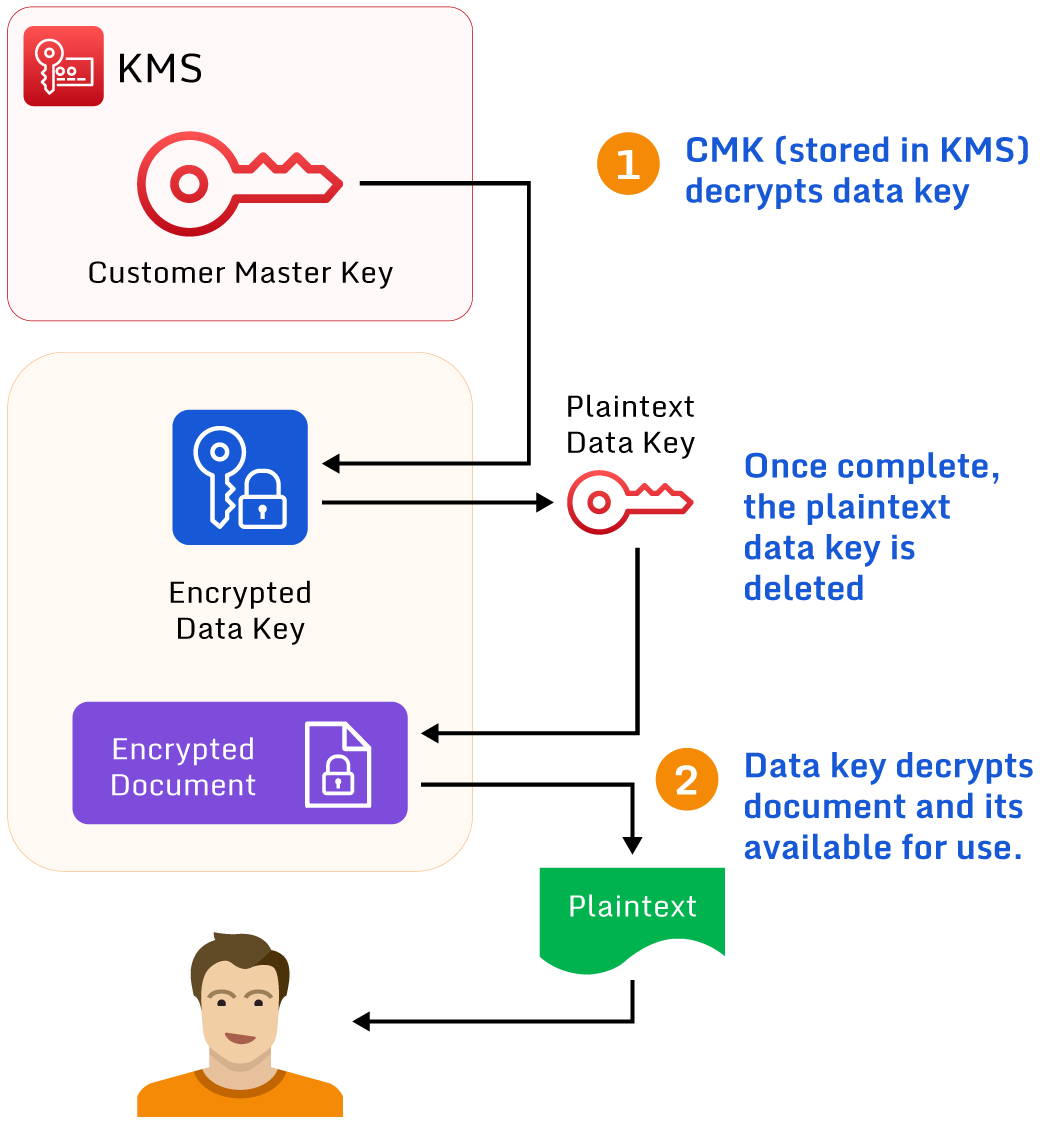 An example of decryption in AWS.

AWS KMS integrates with more than 100 AWS services to make it easier for customers to encrypt their data. KMS provides a central store for generating, managing, and controlling cryptographic keys used for the encoding and decoding of data and works with other services to perform this process without any user interaction.

However, not all encryption types are alike! One key difference is where that encryption takes place. With AWS encryption, two options are available:

Very simply, server-side encryption is when unencrypted data is transferred to the “server” and is encrypted at the point it is written to the storage on the “server side” of the transfer. With SSE, AWS encrypts data on the server side “transparently” as it writes the data to the storage device; there is little to no effort required on the part of the AWS customer.

As seen in the diagram below, you should separately encrypt the data as it is “in transit”, e.g. using HTTPS or across a VPN. This is a separate encryption process using different keys from those used in the “at rest” encryption. 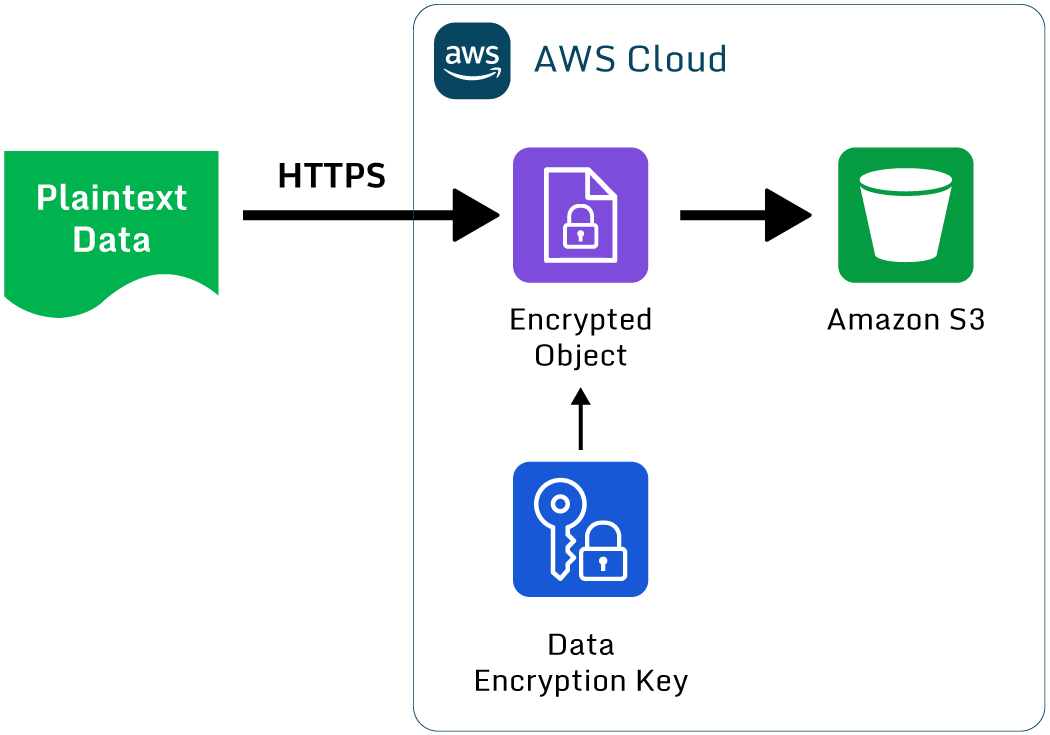 An overview of server-side encryption in AWS using S3

AWS offers three server-side encryption types, as described in the table below.

Note that all of the above use envelope encryption, i.e., the data keys are generated and stored with the data they encrypt, and the managed keys are then used to encrypt these data keys.

With CSE, data is encrypted using software available to the client (e.g., the AWS SDK or via the S3 API). This encryption process happens before the transmission of data to AWS. Unlike SSE, client-side encryption requires manual effort on the part of the AWS customer. 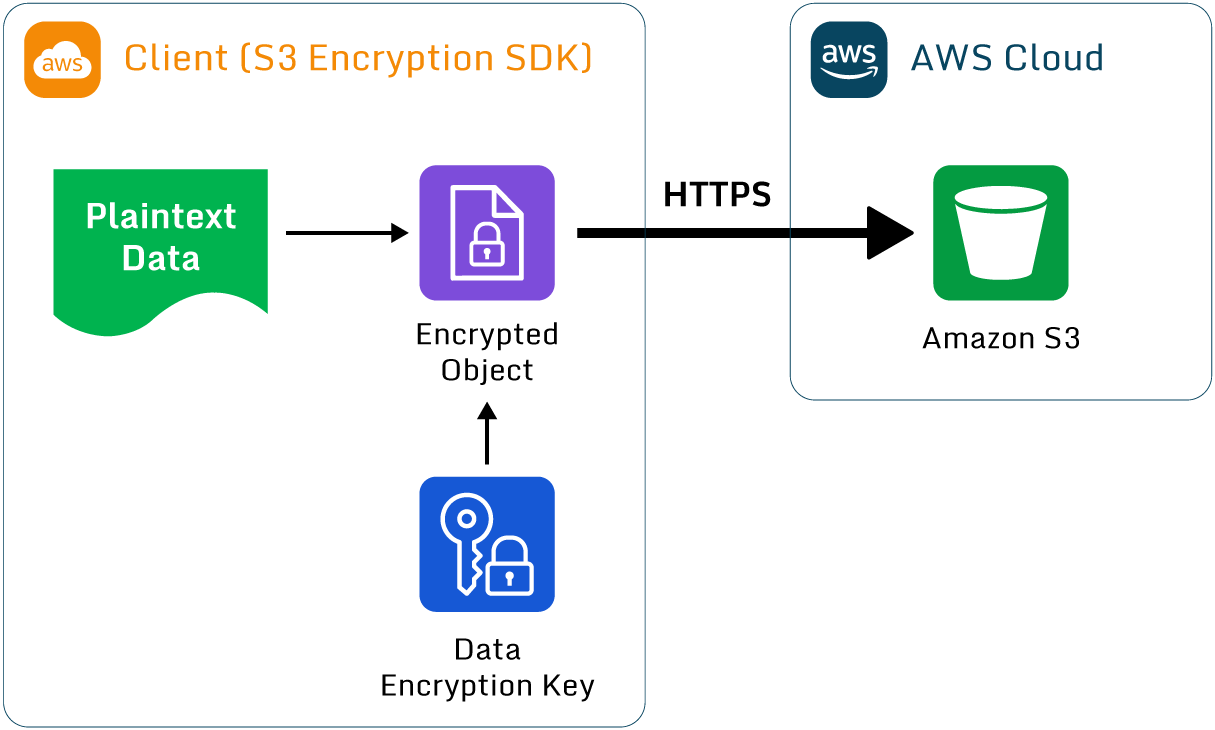 An overview of client-side encryption in AWS using S3

As the diagram shows, encryption takes place within the client application before being uploaded to AWS. In most instances, the data should still be encrypted separately in transit, such as via HTTPS.

Note that in the examples above, the “client” refers to an application built potentially using the AWS Software Development Kit (SDK).

The diagram below shows the primary differences between the two types of client-side encryption. 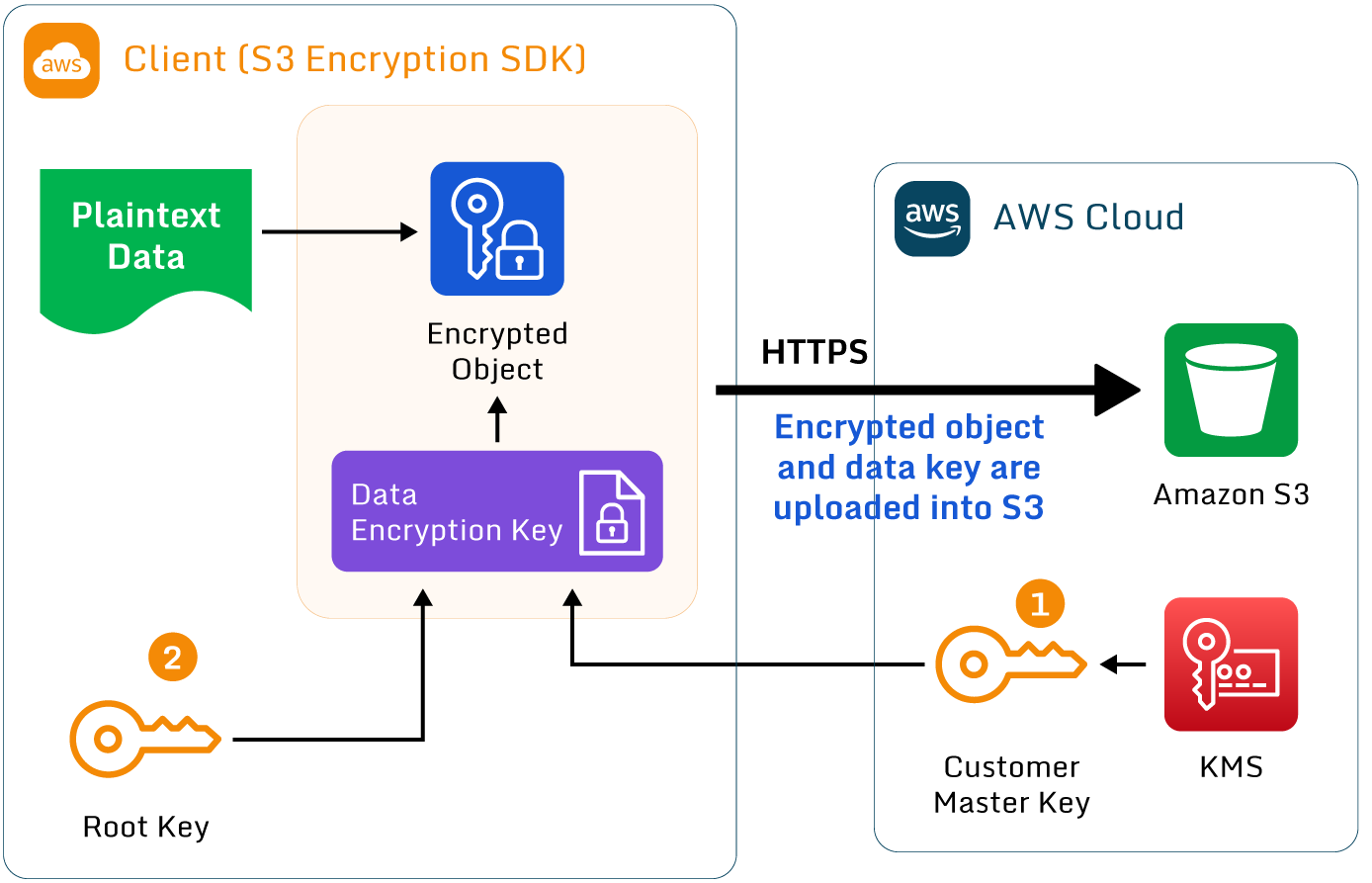 Best practices for SSE and CSE

So, when should you use these different types of encryption? Here are some more suggestions and best practices to help you decide.

It appears client-side encryption is always the most secure – why choose anything else? 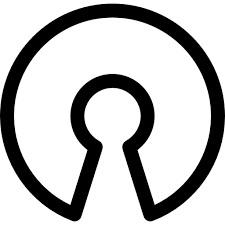 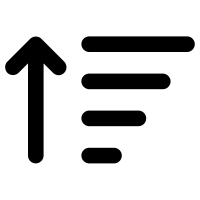 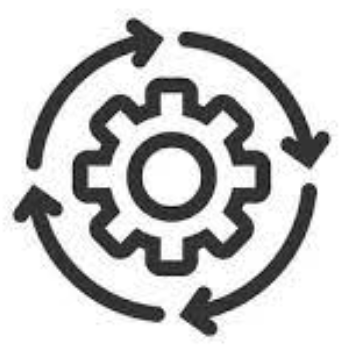 The fundamental difference between server-side and client-side encryption is where the encryption takes place. Within AWS, there are several options for the type of key material used for encryption and where this is generated and stored. Most AWS services support SSE. However, some highly sensitive applications and data may need CSE to satisfy compliance requirements or provide true end-to-end encryption.

There are cloud services available that can assist with this, such as AWS CloudHSM. You can also examine using free and open-source tools like Paladin Cloud’s open-source Cloud Security Posture Management (CSPM) platform. CSPM improves your visibility and awareness of the cloud with continuous monitoring, unified visibility, proactive threat detection of risks (such as a change in KMS key permissions and also potentially unauthorised usage of KMS keys), and automated remediation of security violations.